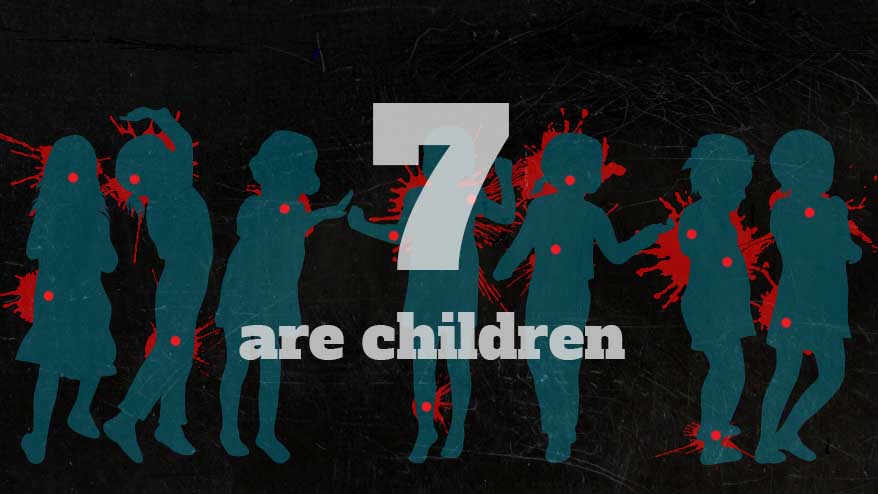 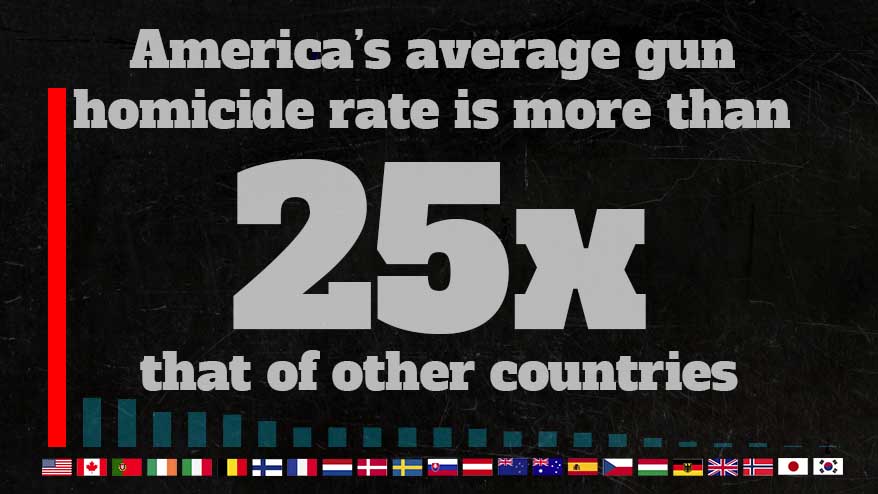 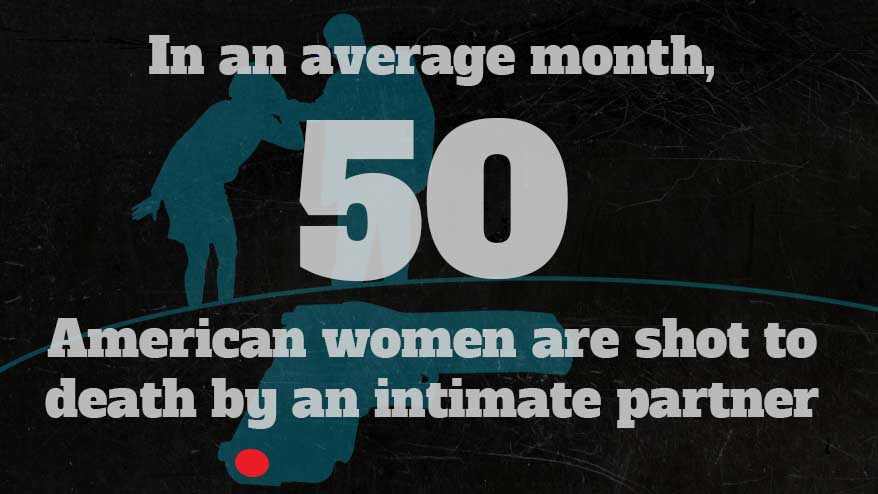 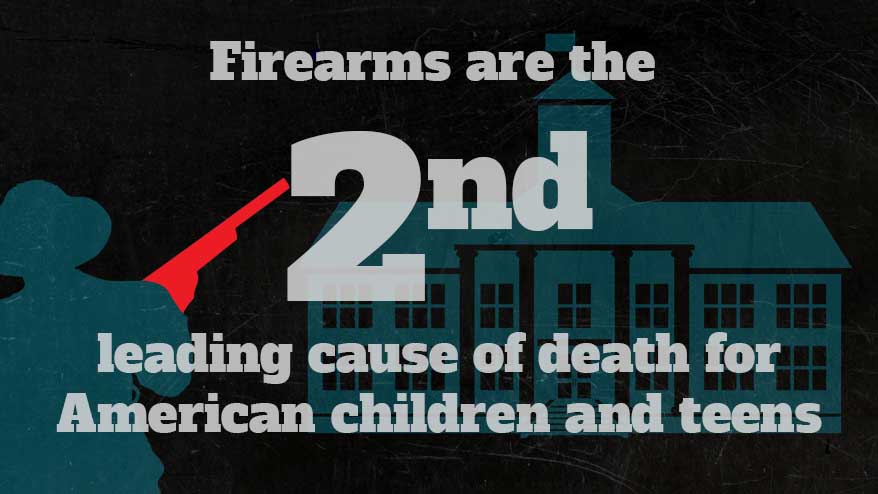 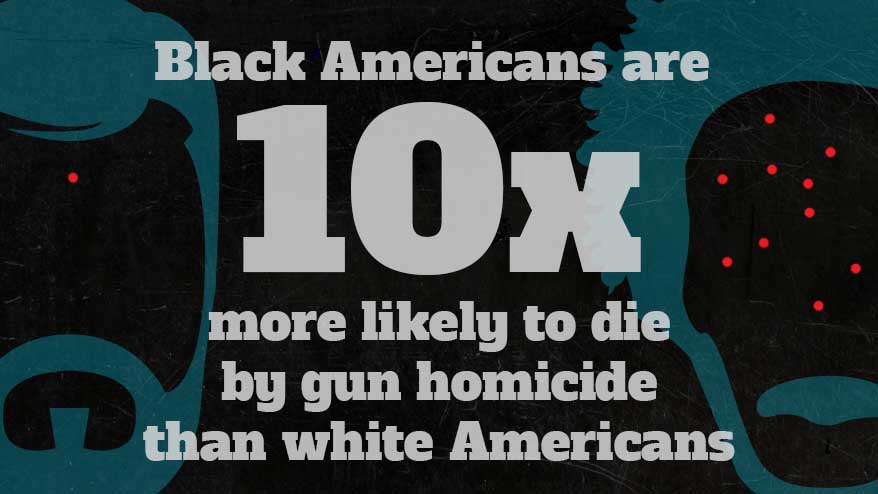 A 23 minute fictional film depicting the evolution of an AR-15 rifle, from innocence at manufacture to treachery in its climactic scene.
Lesson plans that aim to compel conversation and drive action towards responsible gun ownership and reducing gun violence in America.

The Trajectory Project is to be presented in two 45 minute class periods and will be made available to high school and college students throughout the country.

TRAJECTORY is a screenplay by Stewart Lindh and Greg Blatman written
as a reaction to on-going incidents of mass casualty gun violence.

The story traces the history of a single AR-15 assault rifle from factory, through a nefarious series of transferred ownerships, legal and illegal, to its final role in a mass shooting. Devoid of dialogue, the film is neither didactic nor politically partisan in its message. Yet, it shouts out the need to resolve the epidemic of gun violence in America by creating an emotional anchor through which students can engage and take positive action.

We believe that a program addressing America’s gun culture is critical if lasting change is to occur in our society. The only solution to gun violence in a democracy lies in the political process, regardless of one’s leanings.

By participating in The Trajectory Project, students will become better acquainted with the issues surrounding gun violence and their ramifications. Our goal is to motivate and empower the next generation of voting citizens so that they can initiate the changes necessary to stem gun violence in America. 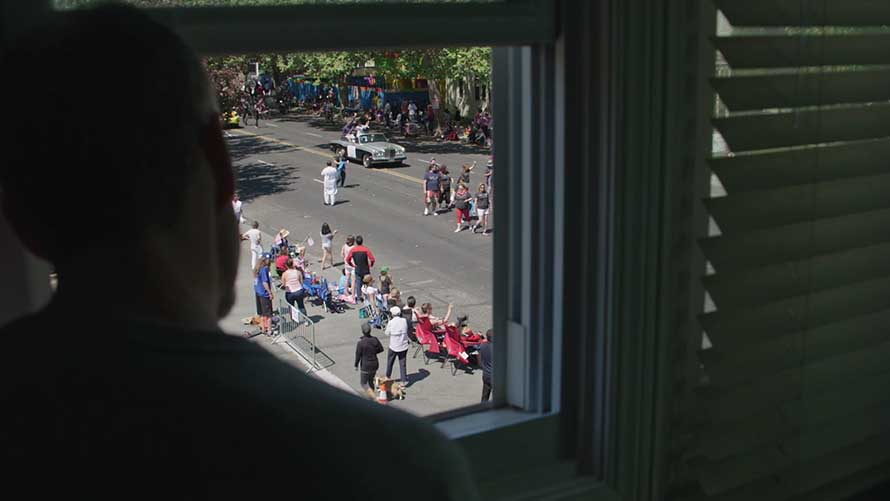 Keep up to date with our newsletter

Topics to be addressed in the lesson plans through discussion and written exercises include:

what, when, and why? 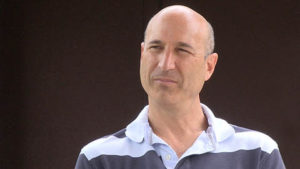 With a BA in Political Science and an MA in Secondary Education, Greg was a tenured public school teacher in San Francisco where he taught middle school and high school. He earned an MFA in Screenwriting from New York University where he was awarded consecutive Tisch School of the Arts scholarships and the Lew Wasserman fellowship in Screenwriting. Recently, Greg retired as a Lieutenant from the San Francisco Fire Department where he served for 25 years, while concurrently teaching Advanced Screenwriting at the University of California at Berkeley, San Francisco State University and De Anza Community College. He is an award winning screenwriter and director whose films include: Porndogs: The Adventures of Sadie (feature comedy), Kitty Litter (short) and Outsourcing Love (feature documentary). As an educator and firefighter, Greg has all too often witnessed the scourge of gun violence that plagues our nation. As a husband and father raising two small children, he is committed to making a difference in reducing the toll of gun violence victims. “The Trajectory Project” aims to achieve that goal. 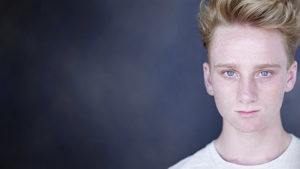 Ethan Paisley (18) was named “Hollywood’s Next It-Boy” by Essex Star [UK] in 2018. Ethan reached 1MM YouTube views, distributed his breakout feature The Art of Escape, and launched a production company all before the age of 14. His company’s film Point 453 premiered at the 2018 Marché du Film – Cannes Film Festival and currently streams on Amazon Prime. Early success allowed him to produce under James Franco (Elysium Bandini) as a high school junior. In 2017, he spoke at ieSonoma organized by TED-Ed and co-hosted by Sir Ken Robinson. Ethan has won 30 awards worldwide, most recently “Best Young Director” at the 3rd Annual Young Entertainer Awards. His projects have been featured in the SF Chronicle, W Magazine, and Teenplicity. He is recently the official media ambassador for Occhi Magazine. Today he produces for PaperChase Films who’s film The Kindergarten Teacher, coming to Netflix in 2019, recently won Best Director at The Sundance Film Festival. 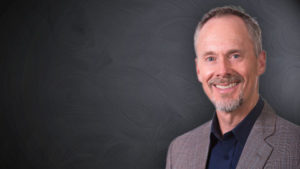 Barton’s passion for film and theater grew out of a desire to connect with community and the joy he receives from bringing people of diverse backgrounds together. He attended the American Academy of Dramatic Arts and received a BA in Theater from the University of California, Los Angeles. He has worked in multiple capacities in production and for more than a decade he was a stage manager, actor and stunt performer at Universal Studios, LA and the MGM Grand in Las Vegas. With a parallel interest in education, Barton also taught elementary school before relocating to Petaluma, CA with his wife and two daughters, where he continues to work and perform in local film, radio and theater as an actor, director, and as a fight and sword fight choreographer. His most rewarding experience over the past 8 years has been to produce, direct and stage-manage with his wife Kirsten, the theatrical production Variety Show for the Cherry Valley Elementary School where both his two daughters attended. 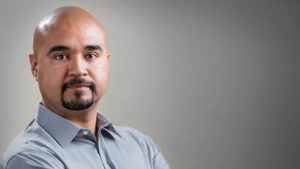 A native of Guadalajara, Mexico, Luis Pedro Castillo has called the Bay Area home for the last 16 years where he lives with his wife and daughter. With a background in Computer Engineering, he has worked as a teacher and behind the camera as both photographer and cinematographer for individuals, corporations, and a wide variety of non-profit organizations including Stand Up For Kids, The Health Trust, Project MORE Foundation, LGBTQ Youth Space and others. For almost a decade, he was a behavior interventionist for the Comprehensive Autism Program for the Cupertino Union School District and currently serves as the resident filmmaker for the County of Santa Clara where he produces media for its multiple departments, including The Office of LGBTQ Affairs, the only county office in the country dedicated to the well-being and longevity of LGBTQ communities. 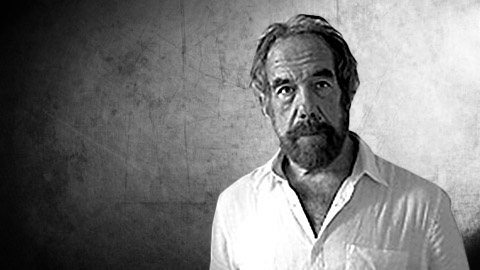 Stewart is a Marine Corps veteran who received his doctorate under the direction of Roland Barthes at the École des hautes études in Paris. A former CalArts writing instructor, he is a feature-produced screenwriter and published novelist whose poetry and prose have appeared in The Antioch Review, Poetry, Shenandoah and Paris Voices. Stewart presently works with veterans writing groups. 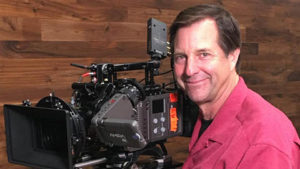 Vance began making movies at the age of 13 and hasn’t stopped since. He earned his B.A. in Cinema Production from the University of Southern California, and soon started working in Hollywood as a cinematographer. He has worked behind the camera on over 50 feature films, 150 TV commercials and several TV shows. As a Director of Photography in Visual Effects his credits include, Star Wars I & II, Pearl Harbor, and Minority Report. As Director of Photography, he has filmed the features Graves End, Sonata, Clone, May Day, Playing Mona Lisa, Schemes, and Blue Movies. As a Camera Assistant his credits include Forrest Gump, Jumanji, Mrs. Doubtfire, The Rocketeer, Turner & Hooch, The Dead Pool, La Bamba, To Live and Die in L.A., At Close Range, The Terminator, Back to the Future, Parts II and III, The Hunt For Red October, I Married an Axe Murderer, Choose Me, Space Cowboys, War of the Worlds, The Island, Evan Almighty, and more recently Chasing Mavericks, Red Tails, and Wine Country. He has also worked on the television series’ Nash Bridges, Trauma, 13 Reasons Why, and More Tales of the City. Vance was personally thanked at The Academy Awards when Forrest Gump won an Oscar for Best Special Effects. 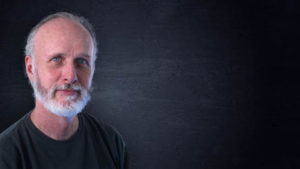 As a Veteran of the war in Vietnam, John has experienced firsthand the savagery of assault rifles. He holds a BA in Drama from Dartmouth College and an MA in Communications from Stanford University. As a post-production vagabond, he has worked at Zoetrope Studios, Lucasfilm, The Saul Zaentz Film Company, KQED, KRON, as well as a variety of independent film production companies. He has edited films for a number of directors including: Carroll Ballard Nutcracker, George Lucas The Ewok Adventure, Michael Ritchie The Survivors, and Jerry Garcia The Grateful Dead Movie.
In addition he has edited TV specials, documentaries, commercials and many educational films. As a sound supervisor and sound editor he has worked on more than eighty feature films; directly and creatively involved with: Francis Coppola Jack, Apocalypse Now, Milos Forman Amadeus, Carroll Ballard The Black Stallion, David Lynch Blue Velvet, Twin Peaks, Wild at Heart, Keith Gordon Midnight Clear, Waking the Dead, The Singing Detective, Wes Anderson Rushmore, John Waters Serial Mom, Pecker, Cecil B. Demented, Tim Burton Ed Wood, Phil Kaufman The Bodysnatchers, Rob Cohen Dragon-The Bruce lee Story, Skulls, Robert Duvall Apostle, Sean Penn The Pledge and many others. John is a member of the Academy of Motion Picture Arts and Sciences. For work supervising the sound on Amadeus he was awarded a BAFTA Award; the British equivalent of an Oscar. 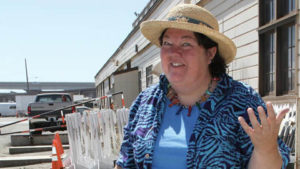 Having worked in the movie and TV biz for almost 4 decades, Debbie has been dubbed the “Godmother” of independent film. She is an instructor and adjunct faculty member at City College of San Francisco and has worked in almost every stage of film production, most often as Producer, Production Manager or Line Producer. Her interest in merging education with film was most currently realized by producing media for the non-profit organization Stop Sexual Assault in Schools. She recently wrapped the US portion of the movie Winchester and Line Produced the feature Sorry to Bother You. She has done local episodes of numerous TV series, most notably the ABC miniseries, When We Rise, an episode of the “new” Fuller House, Parks and Recreation, Alcatraz and Red Widow. She PM’d on features such as Tim Burton’s Big Eyes and Woody Allen’s Jasmine and LP’d the feature The Diary of a Teenage Girl in addition to more than 20 other films.

Partnerships have been identified to enhance the effectiveness of the project and its benefit to students and our communities. The following collaborations have been secured and are committed to serving the needs of the participant population (Letters of support from our collaborative partners are available upon request) :

Keep up to date with our newsletter

Regarding donations, we have partnered with Media Alliance,
a non-profit 501(c)(3) corporation, to act as our fiscal sponsor.

To contribute to The Trajectory Project via PayPal:

For more information regarding the Trajectory Project, please contact: